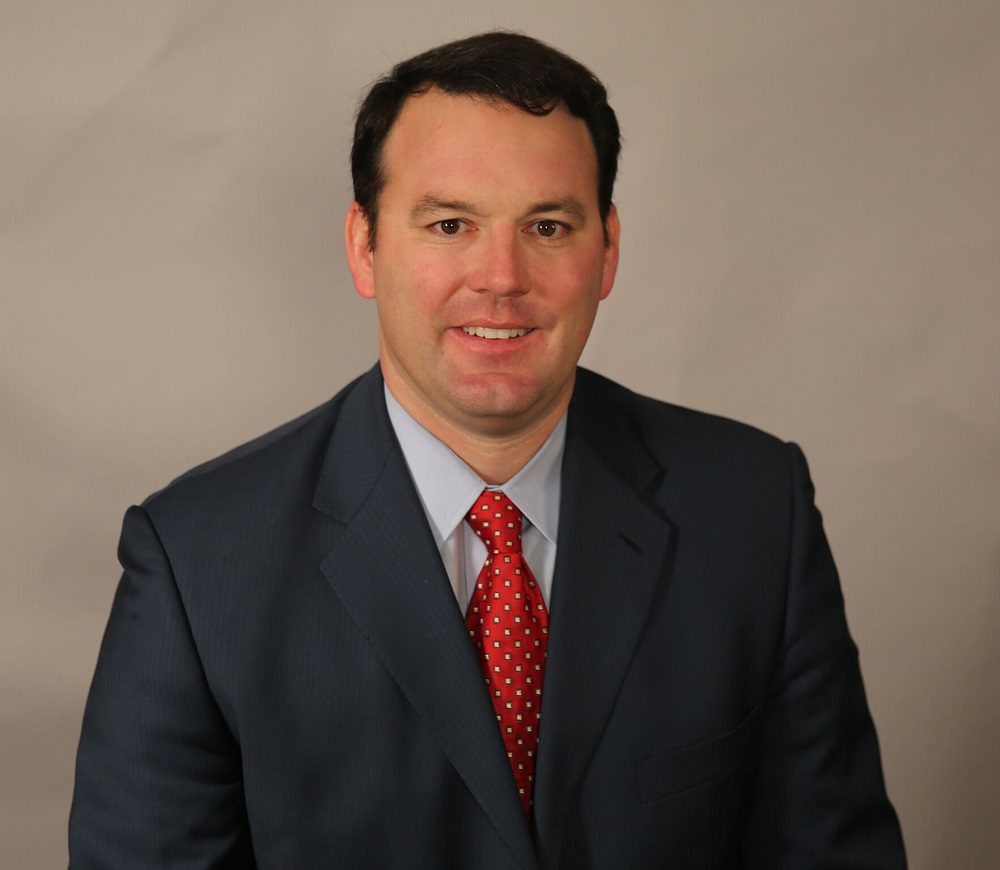 Both Trump and Jones have shared and forwarded the endorsement to numerous media outlets. Jones’ campaign also attached a statement saying, “In 2016 and 2020, Burt served as President Trump’s campaign co-chair in Georgia, and he was the first elected official in Georgia to endorse the President. As President Trump’s endorsement proves, Burt is the only candidate in the race for Lieutenant Governor who will safeguard and advance the America First agenda, fight for election integrity, and deliver results for hardworking Georgians.” 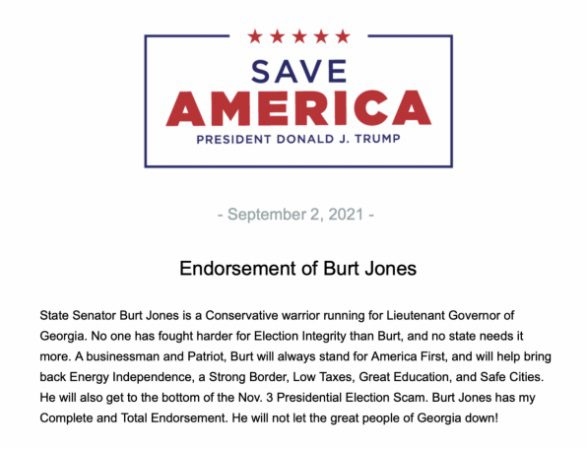 Trump’s endorsement stated: “State Senator Burt Jones is a Conservative warrior running for Lieutenant Governor of Georgia. No on has fought harder for Election Integrity than Burt, and no state needs it more. A businessman and Patriot, Burt will always stand for America First, and will help bring back Energy Independence, a Stronger Border, Low Taxes, Great Education, and Safe Cities. He will also get to the bottom of the Nov. 3 Presidential Election Scam. Burt Jones has my Complete and Total Endorsement. He will not let the great people of Georgia down!”

In an email statement today, Burt Jones responded by saying, “I am honored and humbled to receive the endorsement of President Donald J. Trump in my campaign for Lieutenant Governor of Georgia. I am the only person in my race who has had the President’s back from day one, and it’s an honor to have his full support. As Lieutenant Governor, I will work to advance the President’s America First agenda and continue to grow our economy, improve our schools, secure our elections, and keep Georgia safe. I look forward to traveling the state and meeting with the good people of Georgia as we work toward a big win in November 2022.”