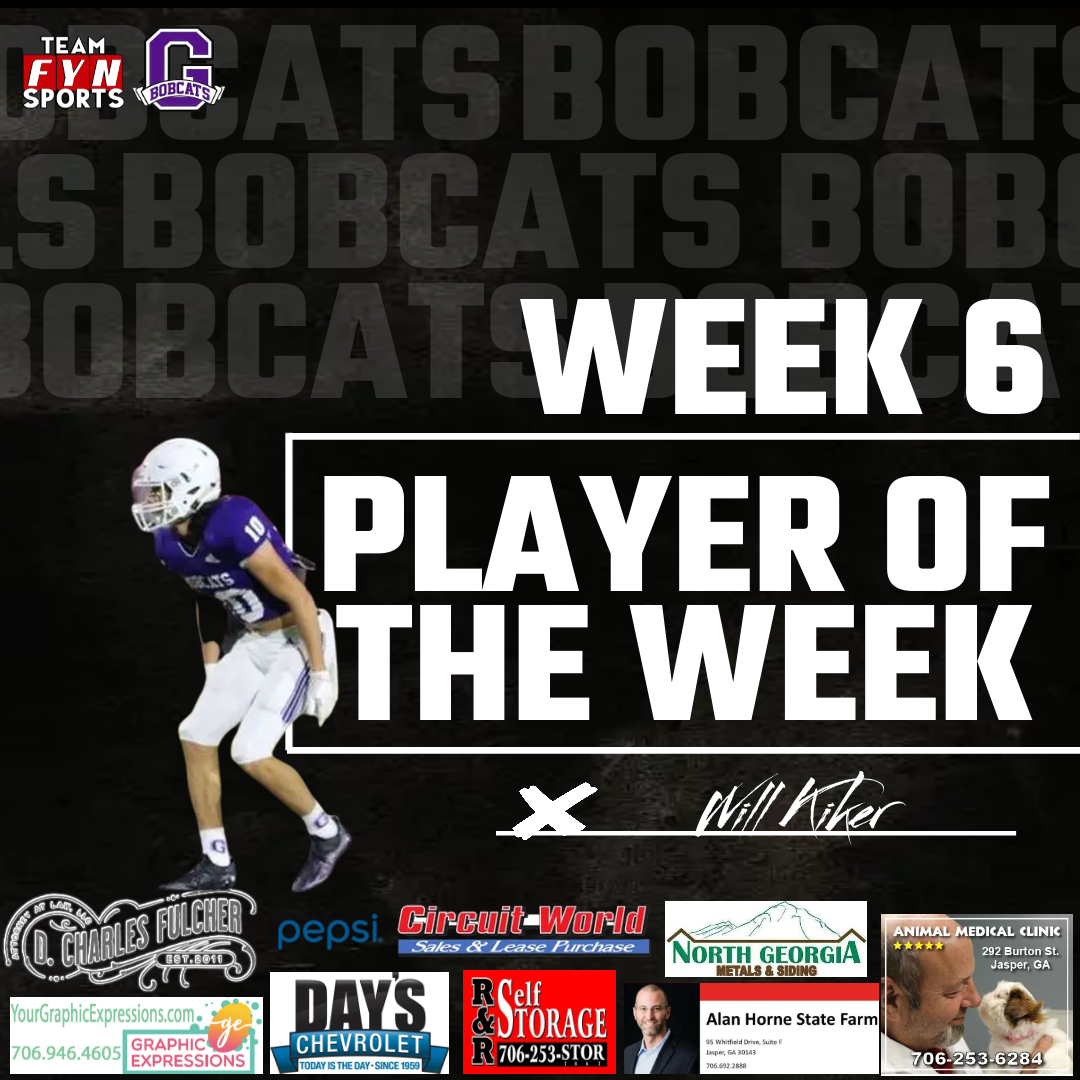 Players of the week brought to you by: 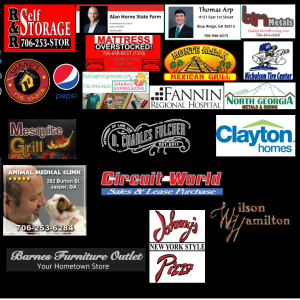 As we wrap up Week 6, here are last weeks Players of the Week for their schools! 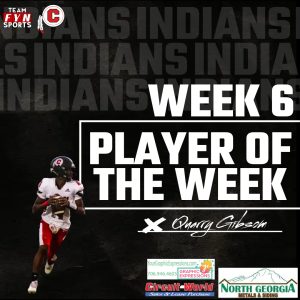 The QB struggled a bit throwing the ball but he was able to connect with Trey Smith for the only Indians score of the game as well as leading the team in rushing yards averaging 6 YPC. 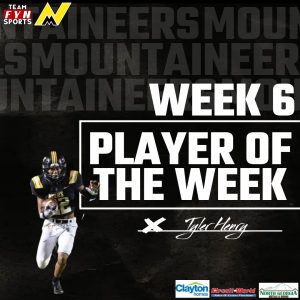 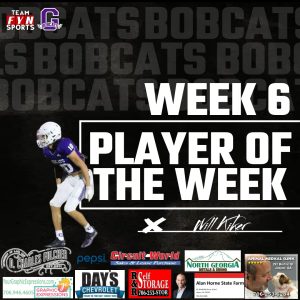 Get to know the name. Kiker may be the best player in this region. He paired with Brock Titus and Hunter Watkins to combine for 339 rushing yards. The senior led the team in rushing yards and was tied for the team lead in rushing TDs while also making his presence felt on the defensive side of the ball.

The captain of this Tigers team got it done again as he was able to pick up two rushing TDs in the first half, including one big 37 yard TD. He also notched 7 tackles which led the team as well as adding a TFL. 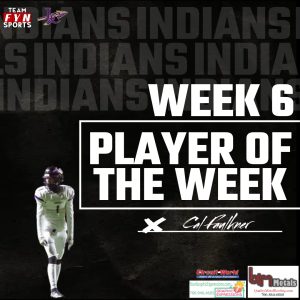 Lumpkin dominated Pickens and Faulkner was a big reason why. His name was mentioned all night. He was Cooper Scott’s favorite target as he accounted for 79% of Scott’s passing yards. 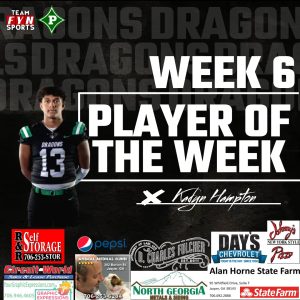 Not a lot went the Dragons way on Friday night, but senior Kadyn Hampton had a solid performance leading the Dragons defense in tackles while also getting in the backfield a few times. 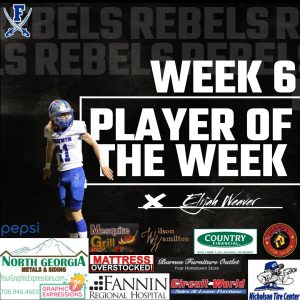 Talk about a good day, 5 TDs on 9 passes! Weaver showed up this last Friday leading the Rebels to a big shutout win over Gordon Central.